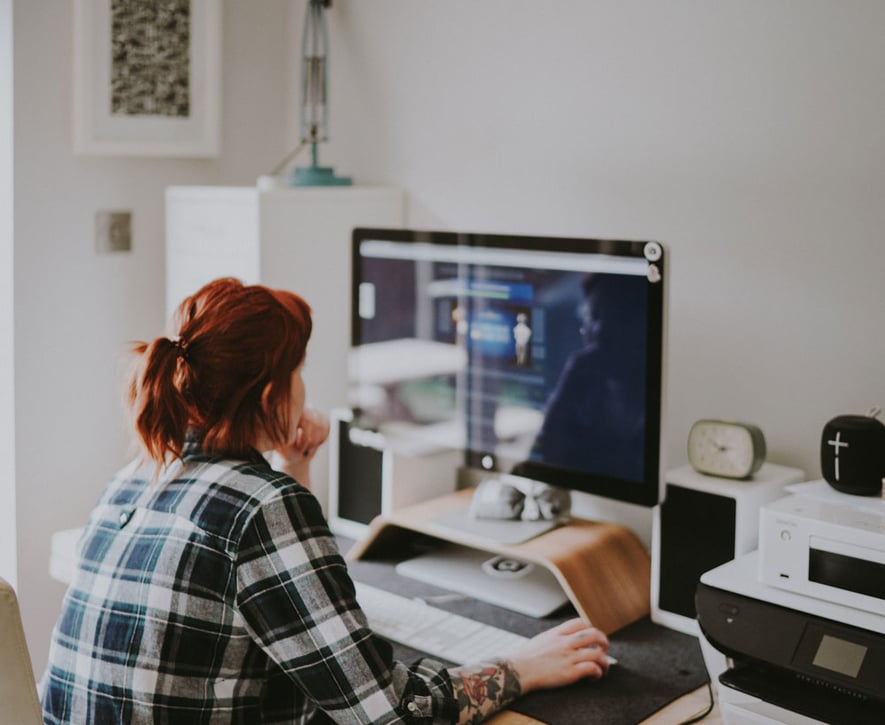 What is context collapse and why should you care?

Read on to find out how to better garner insights from online qual.

Dr. Klara Bruveris, one of PLAY's qualitative researchers, gives her fresh perspective on the topic in this exciting feature.

Online qual: is there a problem?

Online technologies have made qualitative research more accessible for researchers, clients and participants.

Clients benefit from this reduced cost and also gain a greater ability to connect with consumers, no longer inhibited by geography or mobility.

Participants also benefit; no longer restricted by time and space, online qualitative research allows for time poor consumers to participate at a time convenient to them (maybe even while getting their hair done).

This is, again, of benefit to clients who are able to speak to and understand a broader consumer group.

Edward Appleton, Director Global Marketing & Sales at Happy Thinking People, for example, argues that online qual is fine for narrow briefs with clearly evaluated outputs, but not if the client wishes to understand attitudes or behaviours that may be more complex, sensitive or topical, especially if the client wishes to understand those behaviours within a specific context.

This argument is based on the fact that online qual is more likely to be based on language only, missing the rich information that can be gathered from body language and other visual cues.

There is also concern about how truthful respondents are online, stating that participants can change personas and opinions depending on whether they are participating in online or face-to-face research, as observed by Peter Totman of Jigsaw Research in the UK.

On the other hand, Steve August, founder of Revelation Inc., maintains that a lot of these weaknesses can also be considered positives.

While the visual cues are lost, the fact that online research can be maintained for a longer period of time, due to no physical restraints, allows greater access to people’s experiences and expression.

The anonymity of online research allows participants to express their opinions more fully, and is particularly useful when examining sensitive topics.

There is also less opportunity for participants to be influenced by social desirability biases, a key concern when researching groups particularly susceptible to this influence, such as young adult men.

This debate, however, formed around language based online qual, such as discussion boards or one-on-one ichats. What is not considered are research methodologies that use visual technologies, such as webcams.

In fact, video interviews, discussion groups and video diaries may be more powerful in unearthing in-depth insights than offline methodologies...

What is context collapse and why should you care?

In face-to-face communication, context is key in shaping how we behave, what we will say, and how we might try to construct and present ourselves.

We will assess who we are with, as well as where we are, and align ourselves with social, cultural norms.

In face-to-face qual this impacts on the results of the research and raises a number of concerns, such as: are the participants being completely open? Is there a form of self-censorship under operation? Who else should be in the room to ensure that the participants provide their most natural responses?

These concerns are largely eradicated when running the same research online. This is due to what Danah Boyd calls ‘context collapse’.

Online there are an infinite possibility of contexts which have merged together into one collapsed context (pretty magical, right?).

The usual social and cultural cues that we have offline disappear, which often makes it unclear how we should present ourselves.

How do we manage our identity to match the expectation of diverse groups such as friends, family and work colleagues?

What occurs is, as Michael Wesch argues,

...a crisis of self-presentation in the face of infinite possible others [that] throws […] us into a sometimes tortuous but often enlightening process of self-analysis.

In an attempt to remedy the confusion of this collapsed context we are inspired to analyse our self, not only internally but in relation to others, in particular an infinite other (woah, that's deep).

Furthermore, introspection is encouraged through the recording process. As we watch a recording of ourselves we see ourselves as others would across several contexts, which helps us reflect on how we are perceived by others.

While Wesch developed this concept through an analysis of vlogging on YouTube, this concept is applicable and useful in to the world of market research.

Earlier, a number of arguments were presented on the potential issues of online qualitative research. One concern was that respondents would be less truthful online than in face-to-face focus groups or interviews as they could hide behind the anonymity that the internet provides.

However, if applying the idea of context collapse to online qual, especially video diaries, this argument needs to be reconsidered, as in fact the context collapse that the web camera presents leads the participant to present a more truthful self; one is not influenced by a particular social context and the behaviours and attitudes that they are meant to perform.

Bottom line: video research methodologies can, therefore, be the most useful in providing in-depth insights with little external bias or influence. So, let's do more of it...

Interested in using video feedback to get richer accounts of your consumers' real lives?

Live video streaming brings you, the researcher, into real shoppers' lives, as they show you their kitchens, fridges and drinks cabinets.

If you would like to look at video feedback as an option, to take your next research project to the next level - we can help! Just call us on 02 8097 0200.

Or if you're interested in our online community, the platform which hosts our suite of agile research solutions, check out Shopper Social.