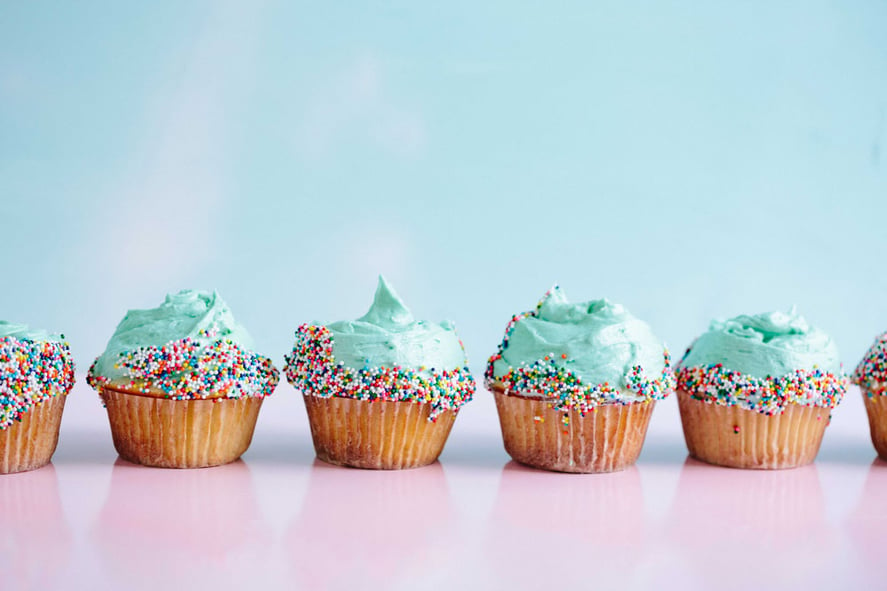 At one time it was carbs, then it was fat but sugar is the biggest public enemy of the moment.

Google searches for “low-sugar” diets are over-taking “low-fat” diets and millions of people swear by programs such as Australian-born Sarah Wilson’s ‘I Quit Sugar’, to help them achieve health and ‘wellness’.

Sour on the sweet stuff

The white stuff is claimed to be as addictive as cocaine, and over-consumption is linked to heart disease, type 2 diabetes and cancer.

If that wasn’t enough, nearly 40% of the world’s adults are classed as overweight or obese, and high-sugar foods which typically contain excess calories and little nutritional value are a BIG offender.

Growing concern about the impact of sugar on weight gain is putting pressure on governments to reduce overall consumption of the sweet stuff.

Many countries have already introduced sugar taxes to crack down on the world's obesity epidemic.

Mexico started taxing sugary drinks in 2014 and have already seen a decline in sales of these beverages. The British Medical Journal estimated that this reduction in consumption will reduce the number of people who are classed as overweight or obese by 1%.

In a similar fashion, the UK recently released the 2017 budget, confirming that most sugary drinks will be taxed at 24p per litre as part of a bid to reduce childhood obesity.

So, is it time for Australia to follow suit?

Obesity is a major problem in Australia, with two thirds of Australians classified as being overweight or obese.

The World Health Organization recommends that no more than 10% of total daily energy intake should come from added sugars, which amounts to about 12 teaspoons. One in two Australians exceeds this.

The UK making a move on sugar has sparked off much debate about whether a similar tax should be introduced in Australia.

When the country first announced its plans for a sugar tax in 2016, Jamie Oliver famously urged Australia to “pull it’s finger out” and adopt the sugar tax too.

All the major independent public health organisations and key medical groups in Australia are calling for a sugar tax.

A leading obesity expert commented in the latest Medical Journal of Australia that introducing a tax on sugar-sweetened beverages would make as much sense as the controls we already have on alcohol and tobacco.

Cost savings in the health sector and overall public health would benefit hugely from Australia following the lead of countries such as France, Mexico and the UK in developing such a policy.

The introduction of a sugar tax could even result in 1.2 additional years of healthy life per 100 Australians.

It seems that even without a sugar tax, the Australian public are starting to respond to growing concerns and conversation around the topic.

According to a recent report about Australians’ attitudes towards health and food, the belief that too much sugar is in packaged products is the number one concern.

Over-consumption of sugar even outweighed concerns around fat or salt, and 1 in 4 of those surveyed had already attempted to reduce their intake.

Only last month, The University of Sydney published an article stating that Australians are consuming less added sugars and sugary drinks than they were 20 years ago.

The reality is, today’s consumers are conscious. They are checking packaging for ingredients they can’t read or those which mention that dirty word, ‘sugar’ – and often boycott these products.

Although price and convenience are still key priorities for the Australian consumer, making healthy choices and finding healthy snacking alternatives is increasingly important. Australians are looking for natural sugar substitutes and are moving away from artificial sweeteners.

Companies with categories such as breakfast cereals and snack bars are being forced to adapt to the changes in consumers’ attitudes by introducing reduced sugar options.

Mintel found that the majority of consumers believe the food and drink industry should be making more effort to reduce sugar in their products, as well as making it easier to understand the amount of sugar in products.

Consumers are concerned about taste being sacrificed, but if gradual changesare made to products, this could present great opportunity for food and drink manufacturers to stand out by introducing healthier alternatives to their standard product offering.

As an example, in the UK, salt levels in most products have been reduced over the last 7 or 8 years but because it has been done gradually, the public hasn’t noticed and continues to eat the same food. The food industry doesn’t lose sales or profits but salt intake still falls – so, we all win. Could this be replicated with sugar?

The UK copied Australia’s plain packaging for cigarettes and Australia has lead the way on public health issues such as drink driving. In an attempt to keep up with the rest of the world, will the food chain be next on the government’s agenda?

As an Australian manufacturer, it is important to be prepared for this.

Does the world’s anti-sugar movement present more than a wake-up call, but an opportunity for manufacturers to get ahead of the competition?

At PLAY we are seeing lots of companies reduce sugar content in their products, across far-ranging categories.